Could That Old Deck of Cards Be Worth Something?

My boyfriend and I had a clear out recently because we’re planning to redecorate, and I was quite surprised about what we found. We’ve gone through everything to make room for our new things, separating our unwanted possessions into piles to go in the bin, to the charity shop and to be sold online.

Whilst clearing the windowsill of one of the empty rooms, we found a very old deck of Thomas De La Rue playing cards. The sides of the box were quite damaged, but the front of it was in good condition and read “Made in England by Thomas De La Rue & Co Ltd with the consent of Walter E. Disney”. I decided to do some research and Googled the box, but I could only find one other identical deck that had been sold online. I found out that they were made in the 1940s, although I couldn’t find the exact year that the deck was produced. 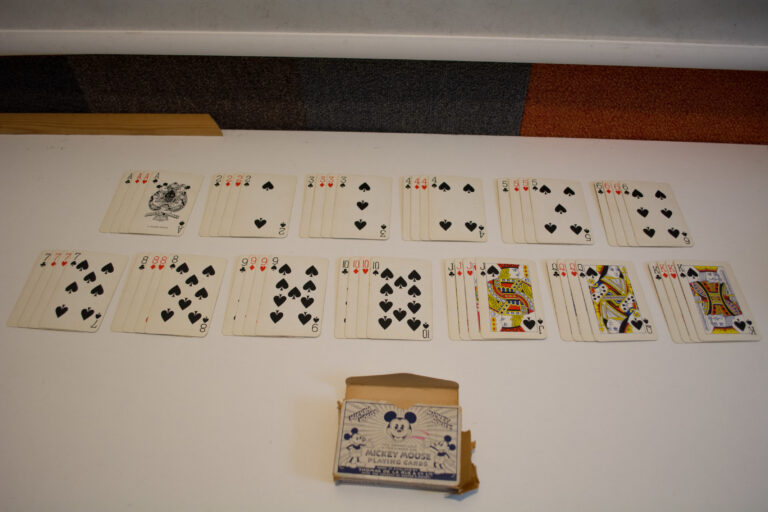 A bit more research showed that this Ace of Spades was identical to a design on a deck of cards originally manufactured by Thomas De La Rue & Co Ltd under their subsidiary, Empire Card Co., for a deck of cards called the “Star” pack in approximately 1910. Due to its resemblance of its namesake, the ace of spades in this deck was nicknamed the ‘Doily’. The deck was reproduced in the 1920s for shops like Harrods, and again in the 1903s and 1950s for the Wills gift scheme. The gift scheme cards were miniature, advertised as collectables that came in cigarette packs for promotional purposes. It’s hard to tell when exactly the card glued to the back of our deck was produced, though. 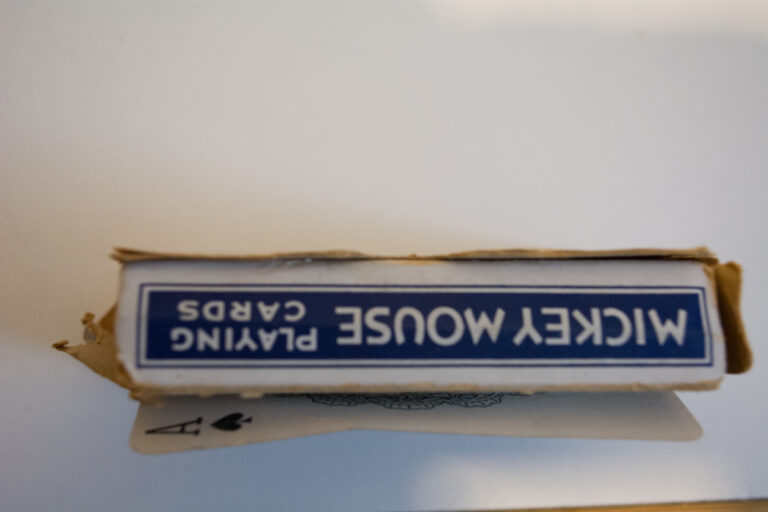 Eventually, one person from the forum got back to me, although they had limited information about the deck. They said that when the deck was made, sticking cards to the back of the box was common. It was put there to show what the design on the back of the card looked like, so we probably weren’t meant to see what was on the opposite side.

The person suggested that the faces of the Wills Scheme deck may have been pre-printed, ready to put new images on the backs of them. They may have used the leftover, unused Will’s gift scheme cards to print the Mickey Mouse pattern on the back of them. I thought it was interesting when I contacted someone else with the same deck, they said they had a “black ace” underneath the show card attached to their deck, which made me think that the theory of pre-printed cards is correct.

There are a few damaged cards in the deck; the three of clubs, the six of hearts, the seven of clubs, and the nine of hearts all have tears or scratches. The rest of the deck is in very good condition, although there is some minor discolouration that’s set in over the years. 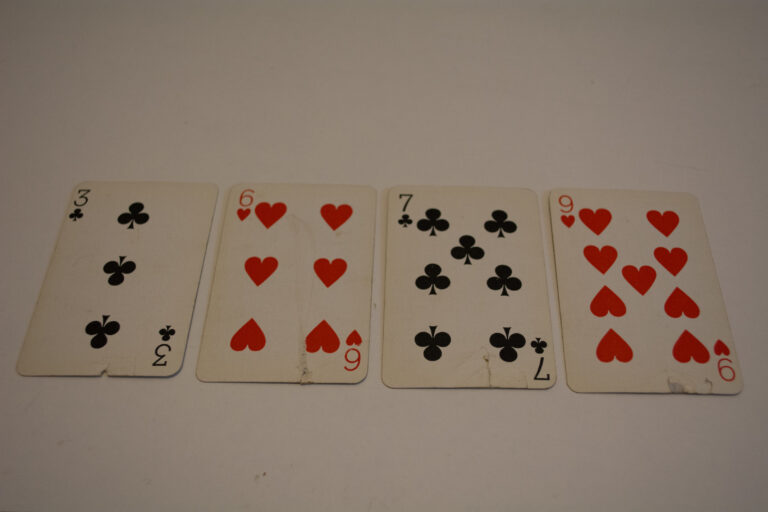 The box is quite damaged at one end, with some tearing. The front of the box is relatively undamaged but there are two small pink pen marks on it. The previously mentioned card that covers the back of the box is slightly bent, making the face of the card slightly visible. 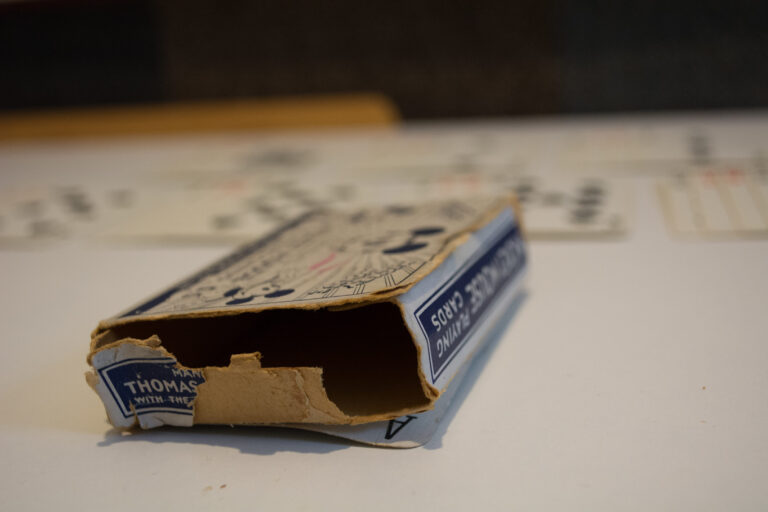 Not only was this deck made by Thomas De La Rue & Co Ltd, but it is also a Disney collectible. As I could only find one other deck on the internet, I assume that these are rare and quite a valuable find!

I put these cards up on eBay on September 8th, 2018, so be sure to check out the listing. I’ll be posting them via tracked courier to ensure they’ll arrive safely to the buyer.

Have you ever found any vintage cards or valuable antiques whilst you’ve been having a clear out? Or maybe you’ve found something cool and interesting amongst a pile of junk you were going through? Let me know in the comments. 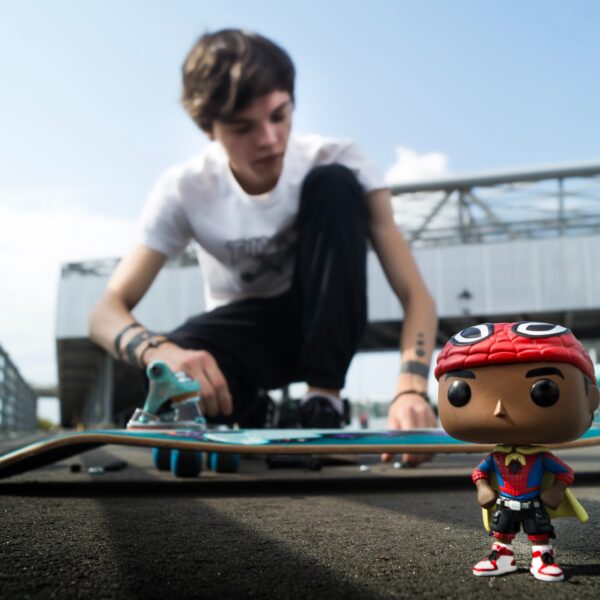 Collector and Seller’s Guide to Pop Vinyl in Australia