The Swatch Touch is a watch from Swatch, which are a Swiss watch company. You may have heard the name before, ‘Swatch’ is owned by the similarly named ‘Swatch Group’. Swatch Group owns an impressive array of watch companies, including Omega, and Breguet. Swatch are mainly a fashion watch company, although they also dabble in jewellery such as bracelets, rings and pendants.

The Swatch Touch is a completely digital watch, it has no hands nor does it have a mechanical or digital movement, instead it has a screen and a capacitive touch screen interface which lets you use your fingers to control the watch, which is the same touch screen technology as the iPhone. When the Swatch Touch is inside its packaging it weighs only 129 grams and outside the packaging it weighs a mere 40 grams. The packaging dimensions, give or take a few millimeters are; 9cm high, 9cm wide and 6cm deep. 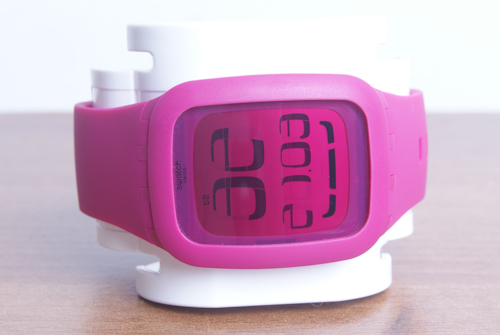 The Build Quality Of The Swatch Touch

The build quality of the Swatch Touch is what I would expect giving the materials it’s made from, the strap is made from silicone with notches on the back which is comparable to tyre tread, which I can only assume are there to keep it feeling comfortable and not slip around when you’re sweaty. The body around the screen or ‘face’ of the watch is made from polycarbonate, the screen surround, which is also made from polycarbonate, is raised by around two millimeters granting protection for the screen when it comes into contact with a flat surface, it does however make the screen hard to clean due to dirt getting stuck in the edges by the surround. The Swatch Touch’s buckle which is attached to the strap is made from what appears to be anodized metal in the colour of your watch with ‘Swatch’ engraved into it. To conclude; the build quality isn’t perfect, there are small imperfections from where the parts have been put together but it is adequate and what I’d expect from a £100 watch.

Usage Of The Swatch Touch

Not all of the screen on the Swatch Touch is a touch screen, only roughly the bottom quarter; this is where you control the watch. The actual user interface is basic and uninspiring, not to mention hard to use. You can’t immediately control the watch, first you have to hold down both sides of the touch screen area to activate the watch which enables scrolling to different modes; this is probably one of my favourite features as it stops you from accidentally setting an alarm for 4am. Once the Swatch Touch is activated you can ‘scroll’ sideways through the different modes which are; Timezone 1 and Timezone 2 which let you have two time zones for quick access, alarm which lets you set an alarm, chronograph which acts as a stop watch, date which shows you the date, timer which lets you program in an amount of time and have it alert you when that time is over, which is great for cooking; and finally the ‘beep’ function which lets you simply turn off the little noises that it makes while controlling the Swatch Touch. 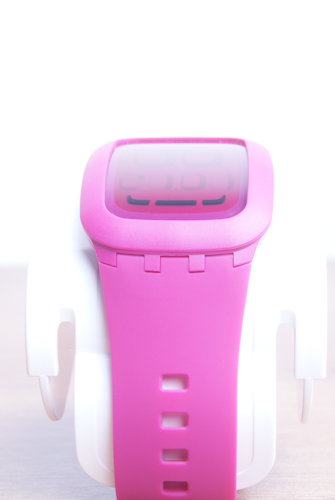 The mode selection method that they’ve opted for probably isn’t the best choice, as mentioned earlier in the review, they’ve chosen a side scrolling mode selection method which has a similar momentum scrolling system as there is on the Magic Mouse. On such a small screen this doesn’t work, I continually ended up pressing the wrong buttons while trying to scroll between the modes. What makes their choice worse is that they have used the same system for setting the date, time and timer; it took me 15 minutes just to set the time after forever touching the ‘set’ area instead of the ‘scroll’ slide area and my finger slipping and losing the time completely because of the momentum scrolling.

Aesthetics Of The Swatch Touch And How It Feels To Wear

You might be thinking ‘I don’t want to use all these modes, is it easier to tell the time than it is to control the watch?’. The answer isn’t a straightforward one; the font Swatch used for the numbers, for me, is hard to read at a glance (glance being 5 seconds). I asked a few of my family and friends and they each had different experiences, a few thought that it was easy to read at a glance and had no problems reading it, but others had the same problem as me and some couldn’t read it at all. It’s worth mentioning that when you light up the screen by holding down left and right of the touch screen area for 1.5 seconds then tapping the resulting colour of backlighting for the numbers depends on the colour of your watch, for my pink one the numbers backlit a purple colour. 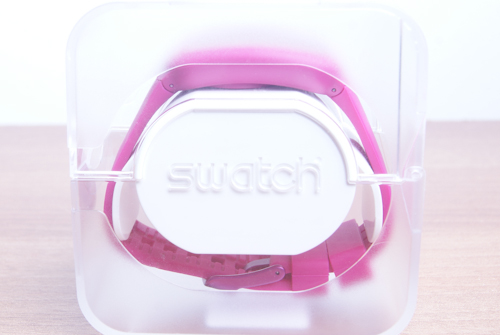 The Swatch Touch has an extremely minimalist packaging, so minimalist not even instructions were included. It’s packaged in a flimsy crystalline fast impact plastic capsule, and is buckled around a wrist shaped PVC object which is around 1 inch wide. The side of the packaging is half clear and half frosted with ‘swatch’ in the middle. Visually, the Swatch Touch’s packaging is similar to the current generation iPod packaging.

The Conclusion On The Swatch Touch

I can see what Swatch Touch are trying to do, and in all honesty I love the idea, but, as with too many products it’s another great idea with terrible execution. Aesthetically the Swatch Touch is a nice little watch and if you’re looking for a watch to have on your wrist for a night out where it is form above function then you should consider it, but if you are looking for a watch that’s great for every day use it probably isn’t for you. I do love that there is a user replaceable battery, though. The Swatch Touch isn’t my favorite watch by Swatch, they make some awesome watches and I’m confident that the next generation Swatch Touch will have the issues highlighted in this review fixed. You can check out the Swatch Touch and see where you can buy it here.

i might get this watch for my wife this christmas,, looks very nice, shame about the hard to read screen but i dont think she will mind about the fiddly controls

Just purchased this watch for my bday… agree that the scrolling method can be better especially if someone has big fingers but the watch is light and the modes are very useful for me… the colours are brilliant as i’ll be purchasing the yellow to go with my pink! 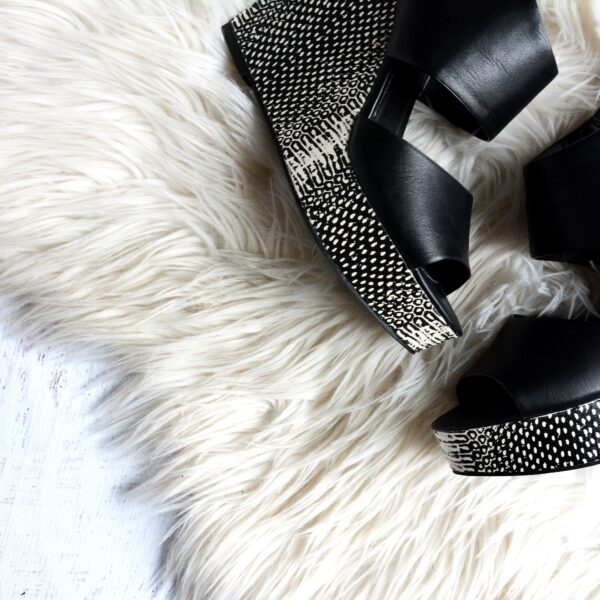 Top 4 Wedge Espadrilles for Your Wardrobe 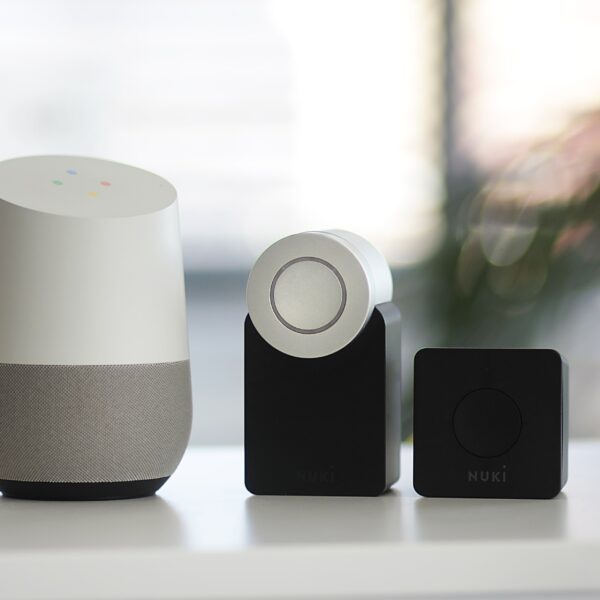 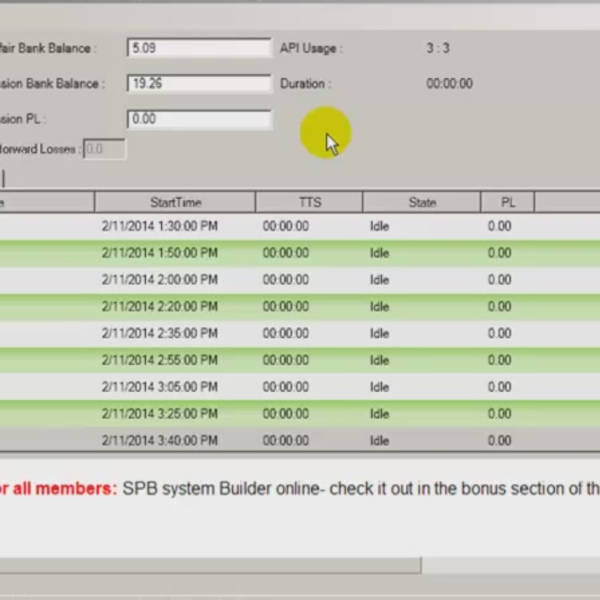 Horse Bot a Triumph for Betfair 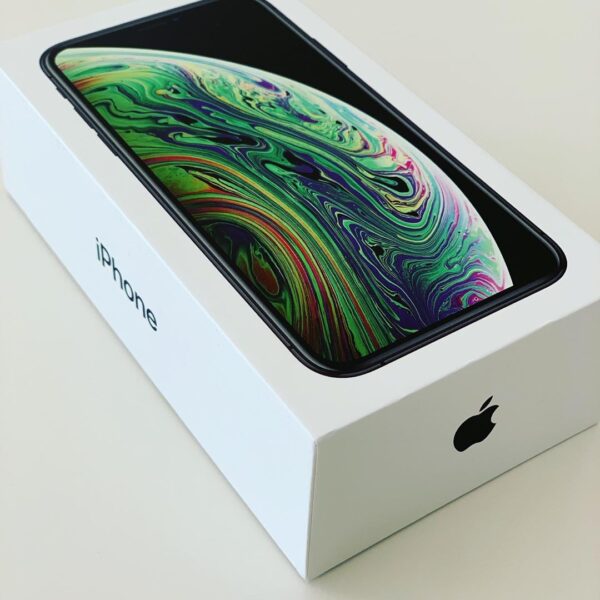 The iPhone XS: 3 Things You Need to Do Right After Buying It