We recently had the opportunity to catch up with the beautiful Stella Soleil of Sister Soleil and Dirty Little Rabbits fame. We had a chat about her appearance in the soundtrack of the latest addition to the Underworld movie franchise, Underworld: Awakening and caught up with what’s been going on in the world of Stella Soleil lately.

There’s lots of exciting things planned; read on to find out exactly what they are!

Hi there Stella, thanks for chatting with me today! How has 2012 been treating you so far?

2012 has been an exciting year for me. Sister Soleil is back together with my original member, Grey Parker, and newcomers Eli Grey and Peter Bisinov.

You originally started off your musical career independently– what made you make that decision?

Honestly, the only reason I ever decided to be a solo artist is because bands tend to fall apart. It only takes one bad situation to end things and it’s usually something stupid. Really. I just figured if I took the helm, Sister Soleil could not be stopped. Sad but true, over the last 13 years, and really in an isolated two year period of time, there had been over 30 bandmates. Grey was the only one who was solid. Now we are older, more mature, so, Sister Soleil is a democratic band.

Looking back, are you glad that you did take the independent route at first?

Speaking of taking an independent route instead of going right for a major label right away, that was the smartest thing I could have done. It allowed me to generate income for the band, make snap decisions when it picked up momentum, build a solid loyal fan base, avoid the pressure others could impose on the band to succeed very quickly, and many other reasons. It takes time to develop a great band, approximately 2 years before partnering up with a label. But it’s not 1997 anymore. I don’t see the need for a label at all anymore. We have the Internet. That’s mass exposure, instantaneously. However, that is not to say, it is not imperative to do the grind, tour hard in tiny markets. Nothing creates more solid fans than having real access to them. It goes hand in hand.

Throughout your career you have worked with many talented artists, which collaboration would you say was a personal favourite, and why?

I loved all my collaborations. Trent Reznor and Shawn Crahan are my favorites. Trent because, well, he’s my musical hero. I only ever wanted to work with him but was told by his ex-manager that I was too “pop” for him. I wouldn’t believe it for myself, so I pushed for years to get his attention, a woman on a mission, and then he was finally open to it in 1998. We re-cut A Warm Place off of Downward Spiral, with vocals and he remixed it. The guy is a super talented, I learned so much from him. He posted it on his remix page on nin.com. You have to kind of scroll through all the remixes to find it, because its position always moves around. But you can also download it on our Bandcamp page.

Then, Shawn Crahan and I became bandmates for close to 5 years in 2007. He and I were probably brother and sister in a past life. We sort of complete each other’s sentences and musically, same brain! He taught me how to use my voice in risky ways I was too afraid to try before. He and I will always be musical partners and the best of friends. 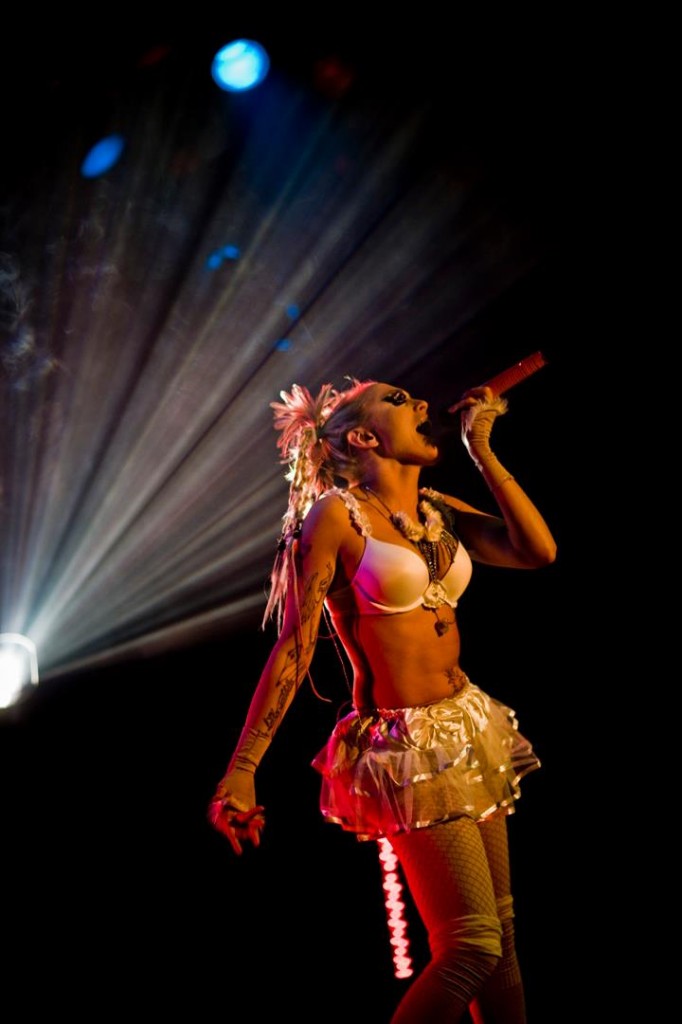 In 1997 you were signed to Universal Records, how would you describe the 4-5 years you spent there?

Oh, it was a very intense learning experience. Label people are not all bad.  I realized they probably have the hardest job of all, trying to sell records in a market that just isn’t supportive of their model anymore.

Did being signed help you decide whether or not you were more suited to the independent route? If so, why?

It’s the only way to survive as an artist, being independent. There is a very visible war going on with record labels and bloggers. The bloggers are winning.

In 2007 you joined Dirty Little Rabbits with Shawn Crahan of Slipknot. How hard was it to go from being an independent artist to working as part of a band?

I loved being in Dirty Little Rabbits, until once again, the band fell apart for reasons out of my control.

Did you prefer it to being a solo artist?

I’m a team player. Period. I hate having to do everything. I learn about myself and my talent when I’m with a band. I over think when I’m a solo artist.

You recently got the chance to have a song of yours featured on the new Underworld: Awakening soundtrack, how was that experience?

I was shocked! I thought I was terrible, but my friend and co-writer/producer on that track really pulled performance out of me. It was Geno Leonardo who asked me to write with him. It was his gig really, but he was very generous and we clicked. I am working with him right now on another soundtrack.

What was the inspiration behind the song Killer and A Queen, which is featured?

We wrote that specifically for the movie describing the affair between a Lycan and a vampire.

Can we expect more new material from you in the near future?

Sister Soleil is in the studio right now, finishing up an anti-bullying anthem we wrote. I am a very active participant in the fight against bullying.

What about live dates?

What’s next for Stella Soleil?

What advice would you give to any readers out there hoping to follow in your footsteps?

The best advice I can give, is to stay in the loop with what’s happening in the world of music and the world in general. It’s hard to be inspired when you are totally isolated. It’s good to want to learn from other artists. Don’t be afraid to see shows, to be open minded to other genres, and to draw comparisons between yourself and others. Never let this defeat your passion. No two artists are ever the same. Solely focus on the art and educate yourself with the power of knowledge. Whatever it may be, books, music, news, journaling about your own life, school, movies, and try not to cloud your minds with chemicals. It’ll hold you back from your journey.

Before we finish up, is there anything else you would like to add?

[My] Facebook is probably the best way to get more information. All our releases are free downloads on Bandcamp, and most of our time is dedicated to writing new material, getting the band out there again after a thirteen year hiatus, and being 100% involved in the bullying crisis.

We just held our own anti-bullying rally in Geneva, Ill.  We invited bullied kids to record their voices on our anthem. It was very powerful. We are trying to come up with creative ways to combat bullying through art and music. We did a march in front of a government building afterwards. It was liberating to see kids as young as seven there, with horrific stories, projecting their anger into a rock anthem. That is what I love about music. It’s a great place to put the pain.

Lastly, where can we get our hands on your music?

“Even at a Whisper Your Voice is Power” will go viral as soon as we can finish mixing it (the entire band got the flu! Otherwise it would have been out by now).  So, we will continue to camp out at Glasswall Productions, where we are recording this anti-bullying anthem, as soon as the flu gets the hint. “You ain’t in Sister Soleil!”

I think that’s us! Many thanks again for chatting with me, Stella. Myself and the rest of the team here at Previous Magazine wish you all the luck possible for the future, and we hope to hear from you again soon!

Thanks so much on behalf of the whole band, Chrisselle.

You can find out more about Stella and Sister Soleil from their Facebook. You can download their wonderful music from their Bandcamp. Let us know your thoughts about Sister Soleil, and what you think that the growing number of independent artists and ever evolving Internet is doing to the music industry. Do you agree with the change, or would you like things to stay how they are?

You’re more than welcome, guys! Thank you so very much for giving us the chance to get to know you– so very excited for everything you have planned!

The pleasure was all mine! xo 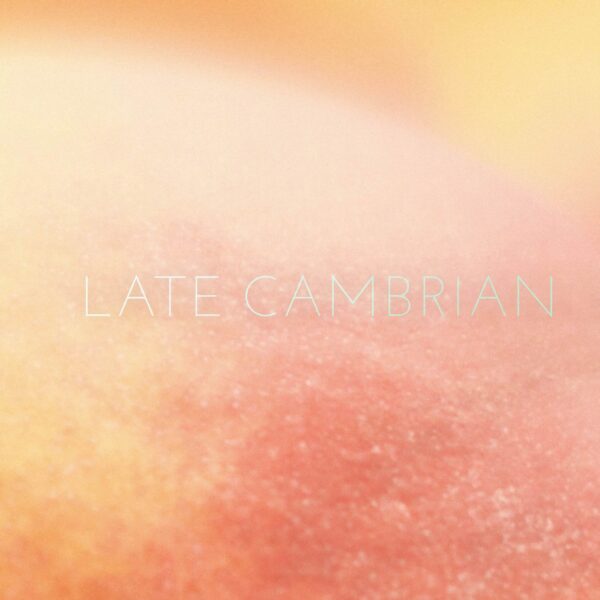 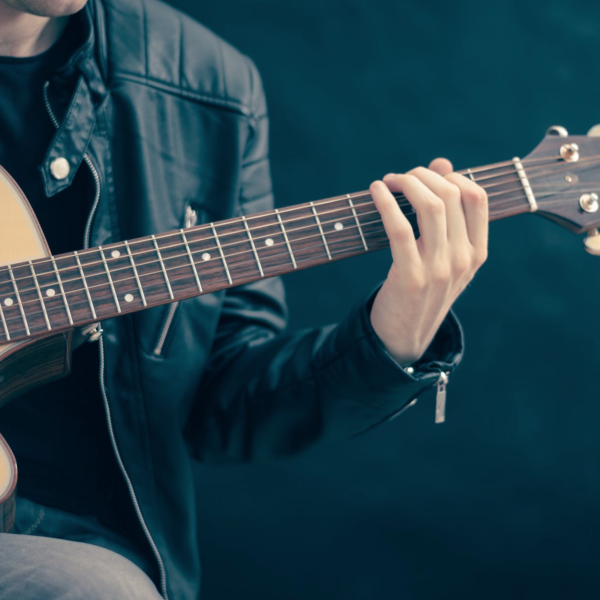